What do you think of when someone says “British food”? For us, there are so many types of delicious things that are British – we have great veggies in Britain thanks to our seasons and plenty of the wet stuff torrenting out of the sky. Our animal welfare standards are higher than many countries (looking at you, Europe..) and so we have excellent meat if you take the trouble to check you’re ‘buying British’ at the supermarket and butcher’s.

But, sometimes our cuisine is laughed at, mocked, groaned over… but I would argue some ‘traditional’ British recipes are among the best things you can put in your mouth.

So here’s the breakdown of our favourite traditional British recipes – put together in honour of the British Food Fortnight  (20 September – 5 October 2014).

We didn’t even have potatoes until relatively recently – so it’s a scientific fact that we British are ancestrally and biologically conditioned to LOVE things wrapped in pastry. Handy for keeping food together before the invention of cling film, the humble pie and Cornish pasty have stood the taste-test of time, and here are our favourites (with recommended recipes included):

Pork Pie: slightly disturbing in their construction-material -like solidity and with the presence of clear jelly – tasting a good pork pie dispels any doubts about the sheer genius of these protected British pies. Make your own with Nigel Slater’s recipe.

Homity Pie: Humble in its ingredients, the Homity pie  is a salute to the beautiful marriage of cheese, potato and pastry. Such a treat.

Beef Wellington: the Duke of pies, this is the very poshest pie of them all. Succulent beef fillet swaddled in something cushiony like pate, and rolled in crisp, flaking pastry – Lorraine Pascale  has a great recipe that even we managed not to mess up.

British people love curry. Succulent meat or veg bathed in a spicy stew – it’s a British staple! People say our most popular curry dish in the UK is a chicken tikka masala – and Jamie has one such fantastic recipe here.

The French have their boulangerie bread shops on every corner, in Britain we have our chippies. We do have to thank the French for our chips – before they introduced us to them, we served deep fried battered fish with BREAD! (Still, sounds good to me). In the 1930s there were 35,000 fish and chip shops in the UK. Now, there are around 11,000. I’m not giving you a recipe for fish and chips – that would be madness. Go out and treat yourself to the real thing.

I tried to find out why this lovely stodgy pudding has such a surprising name – and I think it sounds likely it’s a colloquialism of ‘dough’ or ‘dog’ that gave it its name… The spots are from the dried fruit, set in a steamed suet pudding, and served with custard. Warming, fruity, filling and wintry – this is just the kind of British pudding I’m looking forward to eating on cold, frosty evenings. Here’s a traditional recipe from James Martin.

Almonds, fruit, pastry (again) – the Bakewell tart is quite frankly perfect in every way. Getting the timing right when baking it is essential – a dry Bakewell is no one’s friend. Bake the best afternoon treat ever with this really easy recipe from the worshipful Mary Berry.

We have a range of hampers we call “Best of British” which celebrate the best, tastiest and most wonderful items of British produce we can find. They make perfect gifts for anyone proud of our British food heritage. View the Best of British food hamper or the Great British Hamper Tower now.

Our new range of Christmas hampers have been launched this month – check out the range now, we’d love to know what you think!

What’s your idea of a proper, traditional British dish? Have we missed your favourite – what about a great Full English Fry-Up? Toad in the Hole… Shepherd’s Pie… Stew! Baked beans on toast… yum. Please let us know in the comments below – we’d love to hear from you. 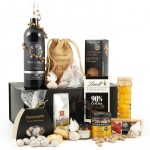 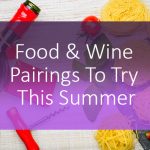 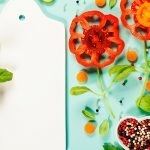