We love chicken. Roast, stew, stir-fry, rotisserie, BBQ, salad, sandwiches – any which way, chicken is good. It’s also good for you – and better than some other meats for the environment too, as it takes less energy to grow chickens for meat than bigger animals. Therefore, we can munch chicken to our hearts’ content – provided the chook has lived a good, healthy, free-range life first of course.

Now there’s a nip in the air, the evenings are darkening and cosy times are ahead, we’ve started thinking about wintery recipes to warm our cockles. Without further ado, here are our best chicken recipes for wintry days.

Much like a boeuf bourguignon, this red wine-based chicken stew has all the hallmarks of winter.

Chicken soup is so comforting and nutritious; it just has to be on this list. Even though it’s simple, it’s a perfect dish to make from leftover roast chicken, or to make in a big batch and freeze. Great for those days you’re feeling a little under the weather too.

Plain roast chicken is great, with just a little salt on the skin to help it crisp. This silky, delicious sauce is a great accompaniment to simple roast chicken.

Mushroom presentation tip: With pretty mushrooms like chanterelles, leave them whole rather than chopping them up. Chopped up, they can turn into a mushy mess – not so attractive.

To serve: I’d probably just have a bit of bread with this to soak up the gravy – or go really decadent and serve it with skinny chips. Ooh la la!

The healthy option would be to slather this delicious gravy over some steamed kale and broccoli and place the roast chicken on top.

This really is not at all authentic and just plain lazy. But it’s so tasty we had to share it with you. The secret is simply adding chicken to the packet recipe of Bombay Potatoes spice mix from Schwartz. (Shhh!)

This spice mix is super-hot, super-fragrant, and a staple for us when the cupboard is bare – all you need is a few potatoes, an onion, and a tin of tomatoes and you’re set!

After all this healthy chicken-and-veg focussed food, you’ll probably be ready for a few chocolate buttons, a handful of nuts or a slice of really rich fruit cake. Check out our decadent and delicious Christmas hampers for divine after-dinner snack inspiration now. 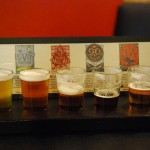 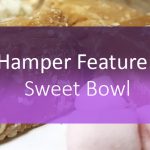 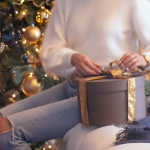 5 unique Christmas hampers for her