It’s hard to find somebody who doesn’t immediately think of strawberries and cream when you mention Wimbledon. It’s the quintessential dessert of tennis! But what’s the connection between these ruby red berries and the green courts of Wimbledon?

It’s been said that strawberries were first served to spectators and players alike in the first Wimbledon games, all the way back in 1877, making this delicious treat almost as old as the tournament itself.

But what about the strawberry made it so special then?

It’s believed that because strawberries have such a short season – a couple of weeks, they perfectly correlated with the tennis tournament itself, both representing the beginning of summer. This also made them a luxury, letting them gain popularity among tennis fans as the perfect indulgence while they watched their champions face off on the green lawns of Wimbledon.

There’s no definite answer to the reason cream was added, but it’s a popular theory that it represented the combination of upper and lower classes, as dairy was considered to be a working class food. Wholesome clotted cream was combined with luscious strawberries, and so the famous food was born!

Are there any other foods associated with Wimbledon?

Running a close second to strawberries and cream is champagne, a long loved staple of the game (though not for the players during the match!)

A cold, crisp glass of bubbly is another age-old tradition for Wimbledon-goers, the perfect beverage as you bask in the summer sun, the sound of the tennis ball bouncing back and forth across the net. Not only the perfect beverage for the match, Champagne is traditionally enjoyed by the victorious champion to celebrate their win.

Whether in the stands, or watching from your living room, why not join the celebration with one of our champagne hampers and make Wimbledon 2016 an unforgettable one. 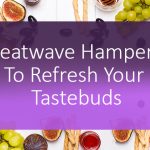 Heatwave Hampers To Refresh Your Tastebuds 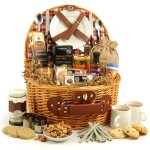 Win a classic hamper to see you through September 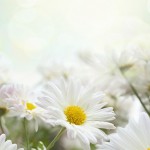